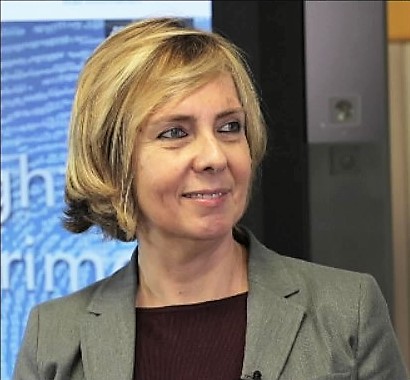 Isabel likes to describe herself as a “work in progress”, after an extended experience though in Public and Private Sectors. She has been working at Microsoft for five years in different roles with the common point of driving a secure digital success. Now, she leads the Security Compete Business in EMEA. Prior to this, Isabel has led the Security and Public Sector Industries in Multinational Companies, and has held different Government executive positions, being an official herself.

Being a “work in progress” means having a “learn-it-all” attitude. Among others University degrees, she has a PDG from IESE. It means as well learning with the people you work with, Isabel is a team builder and a team player. So, she believes in partnership, collaboration and co-creation. She is really proud to say that most of the people she has worked with have become their next and very best version.

Isabel is deeply committed to diversity and inclusion, and particularly to help girls and women to achieve more.